I recently had the pleasure of planning a tabletop exhibit for a Mary’s Pence reception held on the Loyola University Chicago campus. Prior to working on the exhibit I knew very little about the grassroots organization. After spending hours researching their records here at the Women and Leadership Archives I am amazed at the work they do for women in the Americas. In the 1980s a group of women felt a need to not only help women, but to ensure women have access to resources to help themselves. Mary’s Pence gave out more than one million dollars in grant money in the organization’s first 25 years. Numerous women’s organizations benefit from the grant money provided by Mary’s Pence.
Mary’s Pence supports women because of the 37 million people in the U.S. living in poverty, 21 million are women according to the U.S. Census Bureau. Women and children have the lowest economic and social status. The organization exists to challenge the feminization of poverty. By funding organizations for women, Mary’s Pence gives women throughout the Americas a say and a hand in how poverty can be alleviated and social equity achieved. Mary’s Pence gives internationally because there is even greater poverty in countries outside of the U.S. These countries are the neighbors of the U.S. and their policies and economies are linked. By supporting women in the Americas, Mary’s Pence is able to personally work in relationship with those that receive grants. 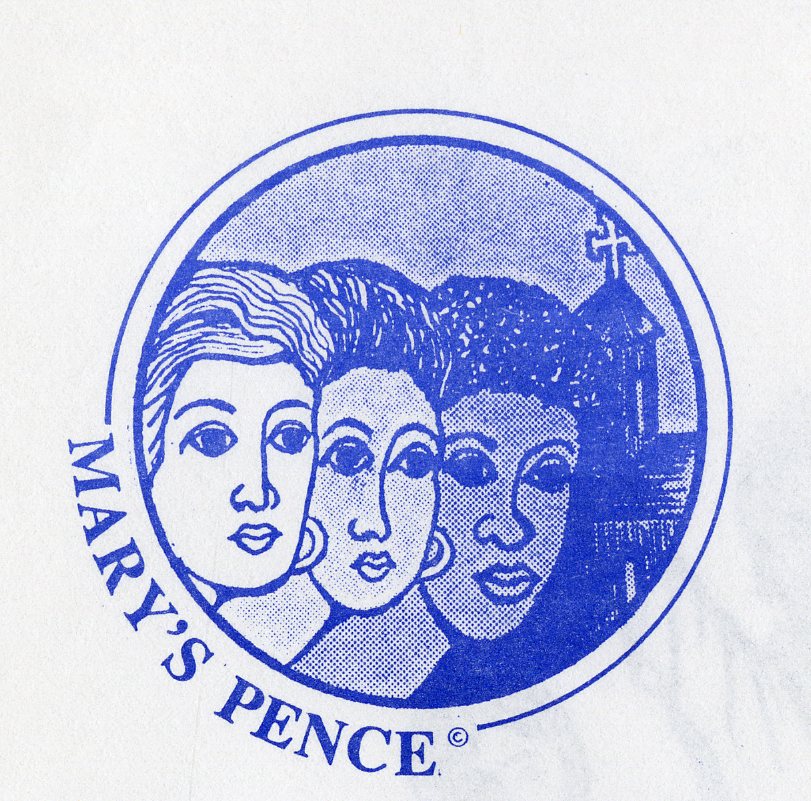 The original logo for Mary’s Pence

There are two basic types of grants. The first and original type of grant given out by Mary’s Pence is to an organization dedicated to helping women. The other grant is part of the ESPERA fund. In the fall 2007 newsletter, Mary’s Pence announced their plans to start providing a grant that works in similar ways to micro-financing as a way to establish permanent funds for networks of women’s groups. Aware of the dangers of micro-lending, Mary’s Pence decided to provide capital for self-renewing funds that are administered by networks of women’s groups and the money is not paid back to Mary’s Pence. The funds are used to finance income-generating projects that “promote the common good and enable local women to support community-based solutions.” 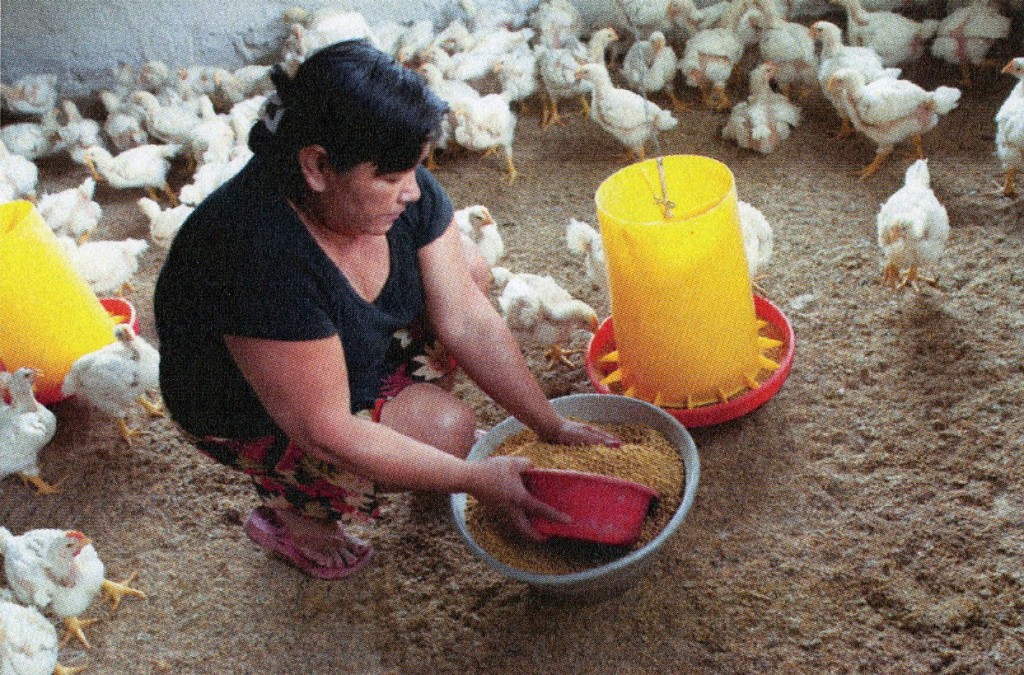 Most ESPERA funds are agricultural.

The grant program became known as ESPERA (means “she hopes” in Spanish) and stands for Economic Systems Promoting Equitable Resources for All. The model for the program “builds financial resources in poor areas while fostering collaboration, teaching skills and empowering women to impact their communities.” Some of the desired outcomes in the early years of ESPERA included equalizing status of women within the family, increased decision-making power and greater control over the money in the home by women, and the status of women as leaders in the community grows. In the first year of ESPERA, Mary’s Pence partnered with three women’s networks in El Salvador, Mexico, and Nicaragua.

After having worked on the exhibit I have a greater appreciation for archival work and Mary’s Pence. The records of Mary’s Pence are important documents of an organization started by and for women. Mary’s Pence records demonstrate their growth throughout the years and also illustrate their dedication and immense passion for the work being done throughout the Americas. Their records deserve to be preserved for future generations and researchers. I look forward to following the organization in the years to come as they continue their important work. 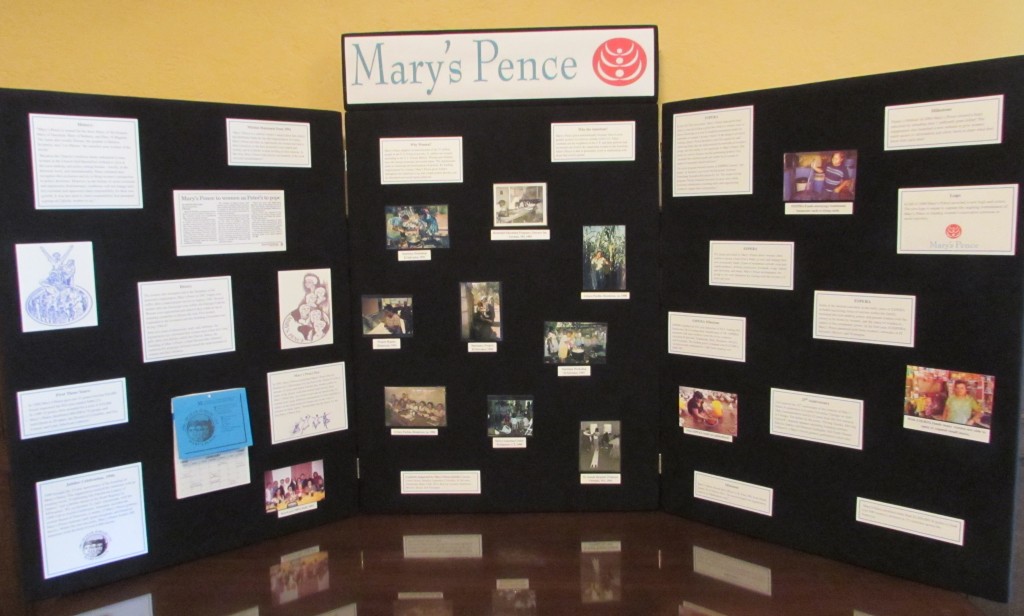