Break out your chips and dip; it’s time to talk about one of fall’s favorite pastimes: FOOTBALL!  In this blog post we’ll tackle what may be a more surprising aspect of Mundelein College – the Mundelein Marauders, their very own football team. 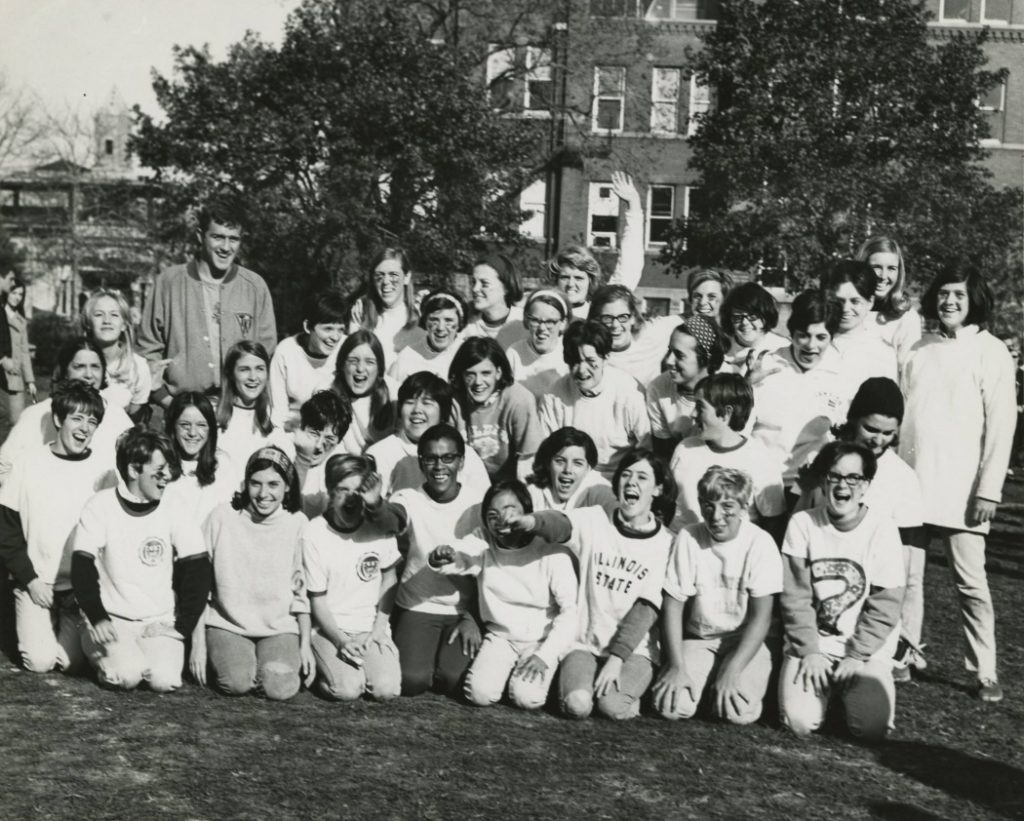 The students of Mundelein* displayed a love for the gridiron from the earliest days of the all-women’s college, and throughout the ‘30s, ‘40s, and ‘50s the Skyscraper newspaper reported on groups of students who would get together to travel two hours to watch Notre Dame play.  However in 1966 when the traditional homecoming weekend was revitalized into the first “All-College Weekend,” the gals of Mundelein decided to grab the pigskin for themselves.  A Powder-Puff, or touch-football, game was organized against the coeds of Loyola University.  The proud Marauders had on their sideline coaches, cheerleaders, and even a “band” playing homemade instruments.  Though they did not walk away with the trophy after that first game, the team was still a triumph and the evening ended with a concert from a young folk duo just finding success, Simon and Garfunkel (concert tickets cost only $3!). 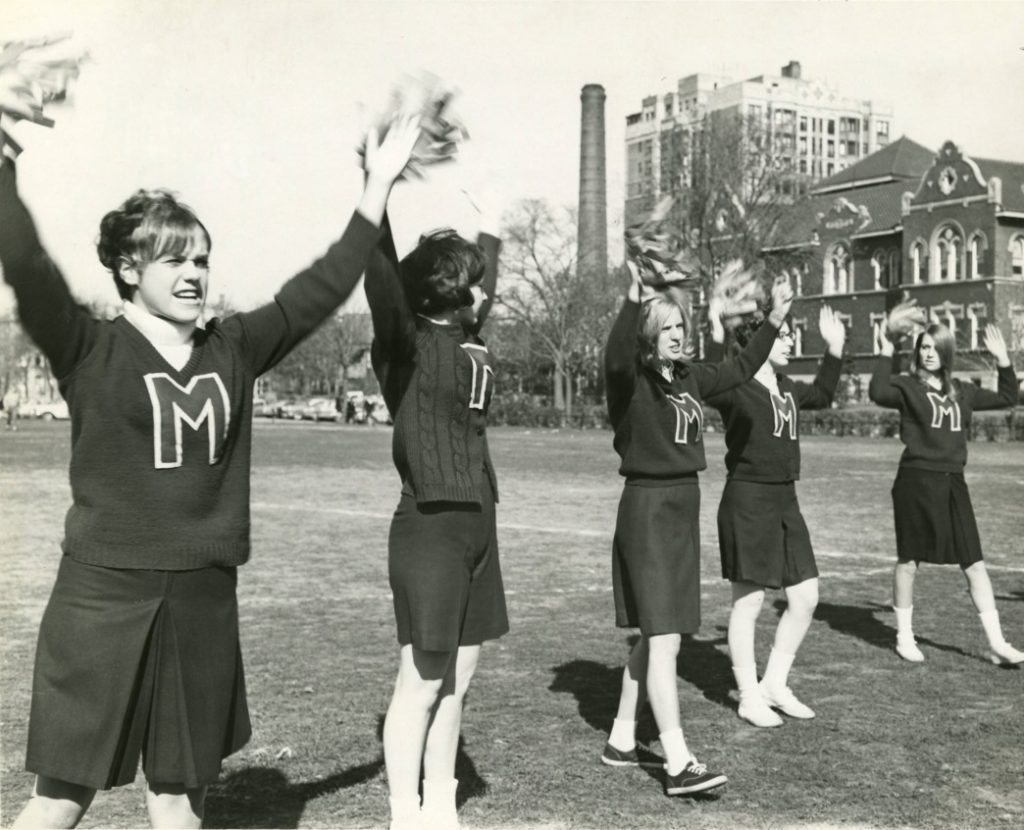 Cheerleaders spurring the 1967 team to victory

Despite the loss, the tradition of Powder-Puff football was a success and continued to be a highlight of the All-College Weekend for several years.  In fact it spawned a Powder-Puff league with other nearby universities, including Northwestern, Notre Dame, Barat, Loyola, Xavier, and others, with participation varying from year to year.  By fall of 1970 the Marauders were the team to beat, going 4-1 in their season, their only loss coming from Notre Dame.

As time passed however, the popularity of the sport waned, and the league eventually dissolved.  Mundelein students’ enthusiasm for football did not retire however, and they retained an intramural touch-football league in the 1980s.

I love how when the gals of Mundelein decided to resurrect what was essentially their homecoming weekend, they didn’t let the gender inequality of the day stop them from enjoying a cherished collegiate tradition.  May we all be so bold in seeking the things we’re passionate about! 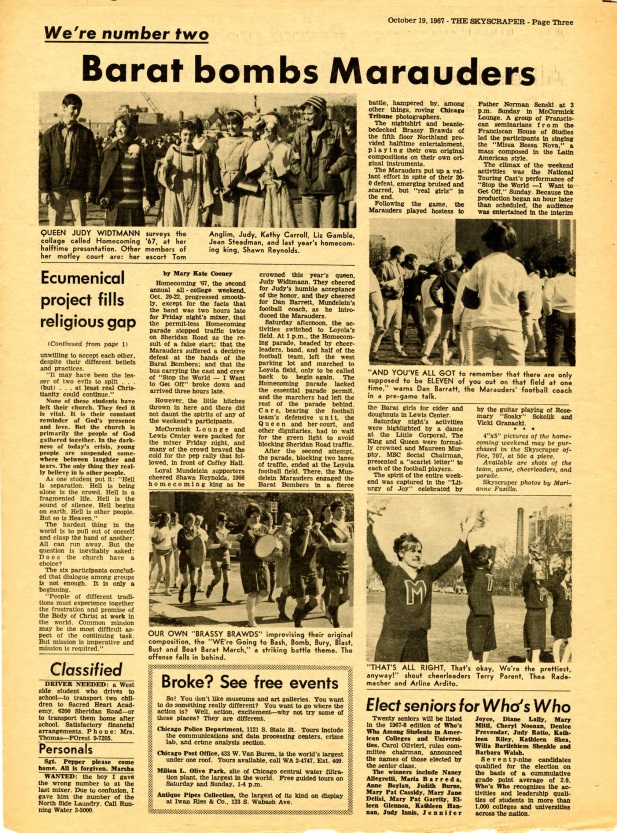