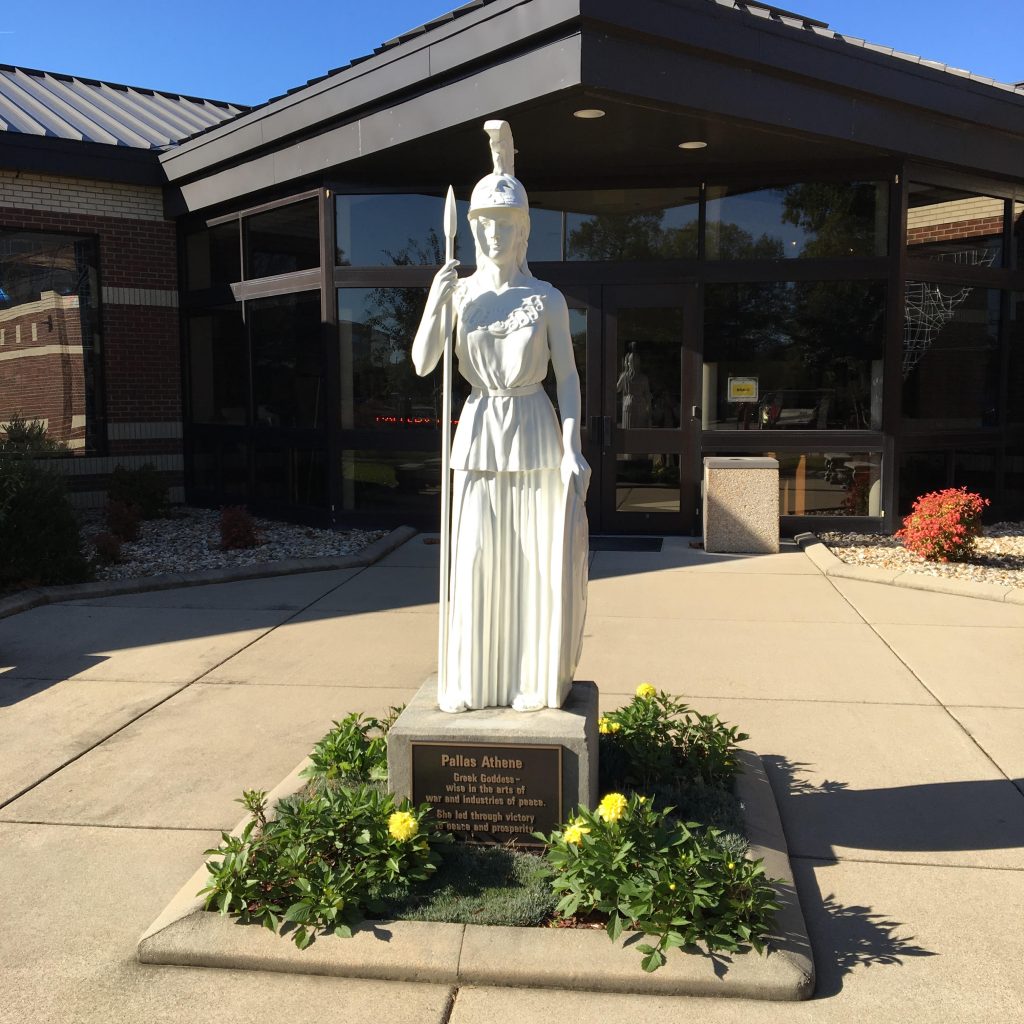 Pallas Athene Statue outside of the United States Army Women’s Museum, Fort Lee, VA. Athena, Greek goddess of knowledge and war, was adopted as a symbol for Army servicewomen during WWII. She appeared on recruiting literature and Army insignia worn on the uniforms.

As part of my graduate coursework, our program requires students take a research seminar with the goal of completing a draft of a scholarly article for future publication. This semester’s seminar asks students to write a paper using a women or gender history framework of analysis. A third of the semester is spent reviewing articles that use those modes of analysis to better inform our efforts in writing our own papers while the rest of the semester is spent in the archives researching primary source material, delving into the secondary literature, and writing the final product. My paper, tentatively titled “’Fashioned for You’: Outfitting the WAC and Construction of the Female Solider, 1948-1955,” investigates the history of the Women’s Army Corps (WAC) uniform worn from 1951-1955 and how it was employed by the Army to assuage public anxieties of women entering the military at a transitional time in the history of women entering the workplace in the United States. I found early on in my study that not a lot of records pertaining to WAC servicewomen existed in the Chicago area, and even fewer dealt with the WAC during the postwar era. As a result, I had to pack my bags and hit the road to Virginia to the United States Army Women’s Museum in Fort Lee, Virginia and the United States Women in Military Service for America Memorial Foundation in Arlington, Virginia.  I spent a week in October in the archives researching the uniform worn by Army servicewomen in the 1950s, got a behind the scenes look at museum collections, and got to meet some of the most gracious professional archivists and public historians a graduate student could hope for. My experiences in the archives can hopefully show others more tentative about the research process that archivists are indeed your friend, and actually taking the trip to archives can reveal some unknown treasure a researcher didn’t even know they were looking for!

The first stop on my research trip was the United States Army Women’s Museum located in Fort Lee, Virginia. The museum originally opened in 1955 in Fort McClellan, AL as a one-room exhibit space dedicated to the WAC, but has since reopened at Fort Lee after Congress closed Fort McClellan in 1997. When the museum once again opened its doors to the public it changed its name and mission to include women’s stories in the United States Army throughout its history. The museum now boasts a robust collection of artifacts and archives of official Army records concerning women in the Armed forces as well as a comprehensive collection of Army uniforms. Before I began researching, however, the task of getting to the museum hit an exciting and unexpected roadblock; since the museum was on base, I had to go through a clearance check-point before I was allowed entry. It all felt very official!

Once inside the museum I took a small researcher’s orientation that consisted of a two minute video documenting a brief history of women in the Army before getting at the collections the archivist pulled for my visit. They placed me at a station in the archives with my own personal laptop and scanner that I could use to save photographs and documents for future reference.  That was very handy. Alexandra, the archivist, watermarked all of my scans before I left for home for copyright purposes, but the documents are still perfectly legible with the mark. I stayed overnight in rural VA so I could get back to work right away the next day! 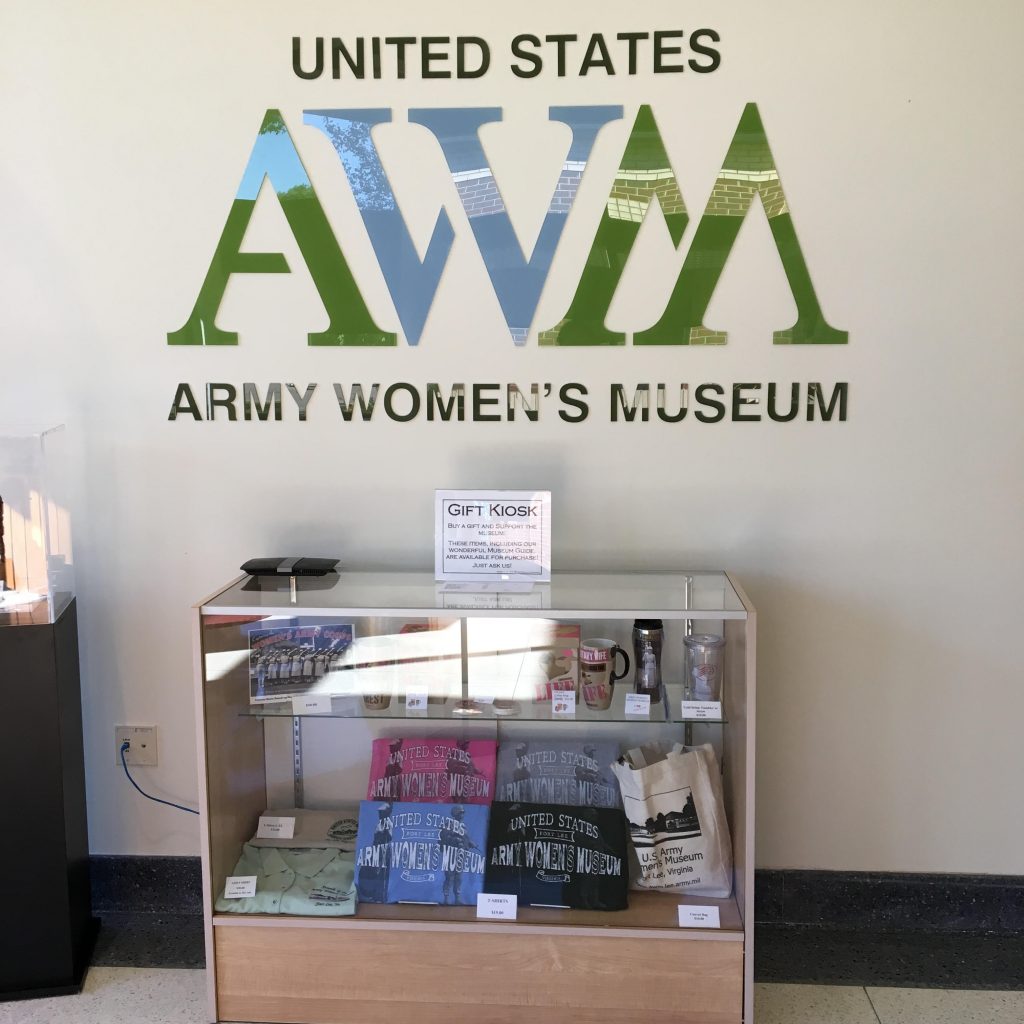 My second day of research started out with a little bit of excitement. The museum staff were staging photographs for a new brochure and they asked if I might pose in one of their pictures! Needless to say, I wasn’t ready for my close-up, but I turned it out for a couple of shots before getting down to business. Follow the museum’s Facebook page here in case you’re interested in eventually seeing my modelling debut! (They also posted a summary of my project on their newsfeed.) I worked through the morning on my paper but at lunchtime the collections manager took me into storage to see some of the uniforms I’d been studying in person. Seeing the actual uniforms donated by the servicewomen that wore them was a special perk —the color was totally different than I imagined and it felt super exclusive getting a behind-the-scenes look at artifacts that the general public doesn’t get the chance to see. I left the archives around 3:00p.m. in the event of (inevitable) beltway traffic and made it back to basecamp in Maryland around 6:00p.m. When I got home, I began preparing for part two of my research trip: the United States Women in Military Service for America Memorial Foundation in Arlington, VA. 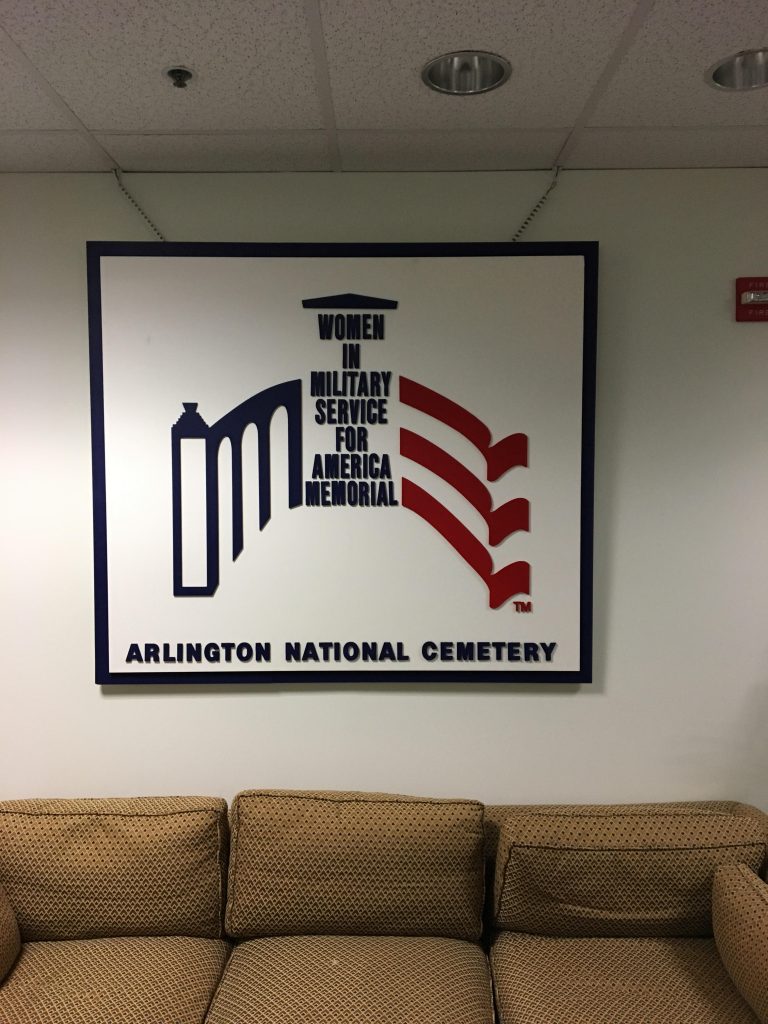 Day three and four of my research trip took me to the Women in Military Service for America Memorial Foundation in Arlington, VA. The offices of the foundation holds the records and memorabilia of women from all service branches from the Revolutionary War to the present, but they are perhaps best known for their support of the Women in Military Service for America Memorial at Arlington National Cemetery dedicated in 1997, the only major national memorial dedicated to women in all of the service branches. I identified the foundation early on in my research because of an in-house history they published in 2005 called “A Defense Weapon Known to Be of Value”: Servicewomen of the Korean War Era. Their repository holds a number of papers donated by women who served in the WAC during the 1950s. I was certainly not disappointed—the curator of collections Britta Granrud was extremely helpful and pulled collections of potential interest especially for my visit. She also took the time to write out an e-mail with directions (for both metro and car) and parking instructions! Museum professionals and archivists are your friends, people! 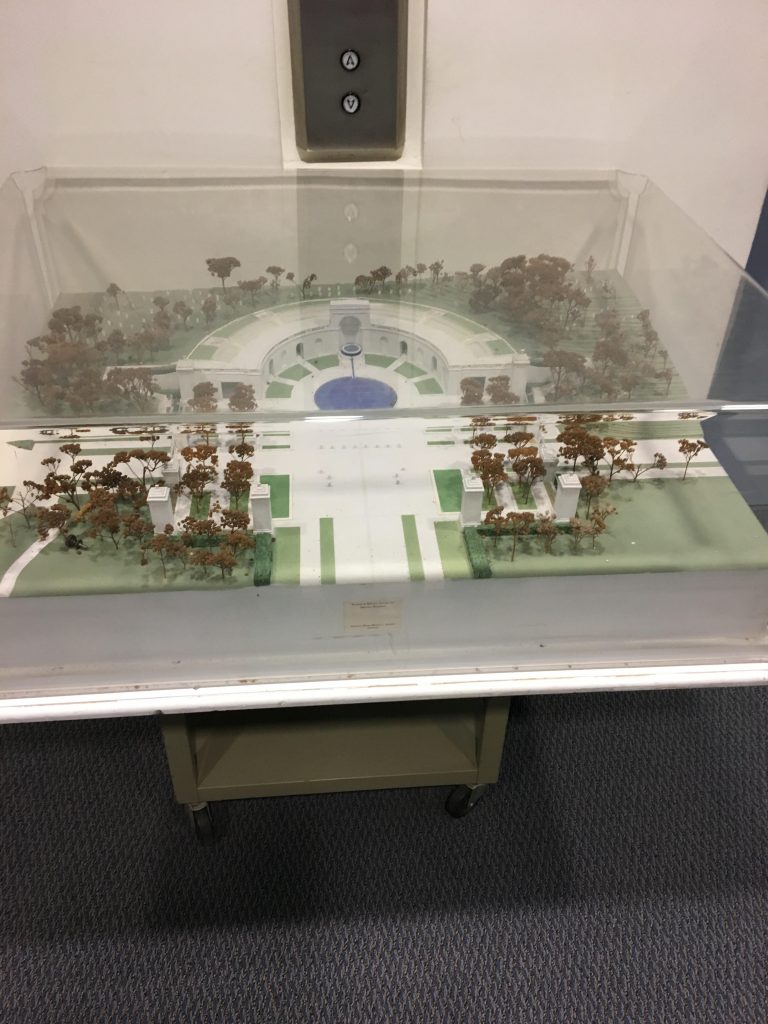 Model of the Women in Military Service for America Memorial at Arlington National Cemetery Arlington, VA.

Britta also took the time to bring one of the uniforms out for me to see with suggestions for resources I might look to for further research. She printed out potential contact information for me to use if I ever wanted to conduct oral histories of women regarding their opinions on the uniform.  The resource was super helpful and something I hadn’t considered, given the time frame of the project. If this paper ever sees publication, it may be worth it to consider partnering with the foundation to conduct the interviews. We shall see!

My experiences show that archivists and museum professionals often go out of their way to help researchers with their projects. If your project is a success, it’s a great boost for their reputation, but it’s also just the nature of archives and museum work to make information accessible to the public. If you have a school project or paper you need to complete, do not hesitate to reach out to archivists! They know what’s in their collections better than anyone, so they are the absolute best resource to help you find hidden treasures you may not ever knew existed.

If you’re interested in women’s military history of fashion history (like me) definitely check out the social media of these two stellar organizations! You won’t be disappointed!