One of the best parts of my job at the archives is when I get to help promote interesting and meaningful stories from within our collections.  I’ve recently had the opportunity to do just that as we’ve prepared for an event called Marie Skłodowska Curie: Piecing Together the Historical Puzzle.  In honor of the 150th anniversary of the birth of famed scientist, Marie Curie, the WLA co-sponsored an evening that celebrates this two-time Nobel Prize winner and talk about the impact of her immense legacy today. 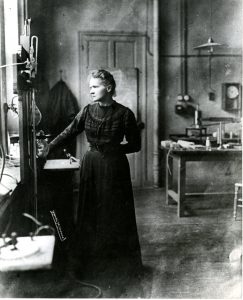 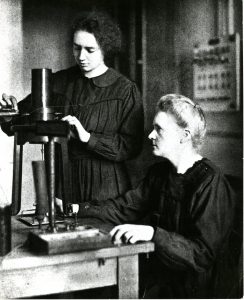 Curie in her lab in Paris and with her eldest daughter Irene, who was also a scientist.

Now, you might be wondering what Marie Curie has to do with the WLA.  Rest assured, her papers are stored at France’s Bibliotheque Nationale (some even require researchers sign a waiver to access, as they are still radioactive – a term coined by Curie!).  The WLA however does have the papers of the Polish Women’s Alliance of America (PWAA), and therein lies our Curie connection.

The emblem for the PWAA – “Forward together with pride”

The PWAA founded in 1898, at a time when women in the United States had neither the right to vote nor equal access to life insurance.  Stefania Chmielinkska, a Polish immigrant and seamstress living in Chicago, created the fraternal benefit society run by women with the mission of helping their peers become self-sufficient and find financial stability. They helped women support themselves and their families through access to insurance and other benefits, taught them to manage finances and be independent, and celebrated their cultural heritage.  Such benefit societies had traditionally been exclusively male, but Chmielinska and her colleagues empowered women to work towards equality, even publishing their own newspaper entitled, “Głos Polek” or “The Polish Women’s Voice,” which is still published today. 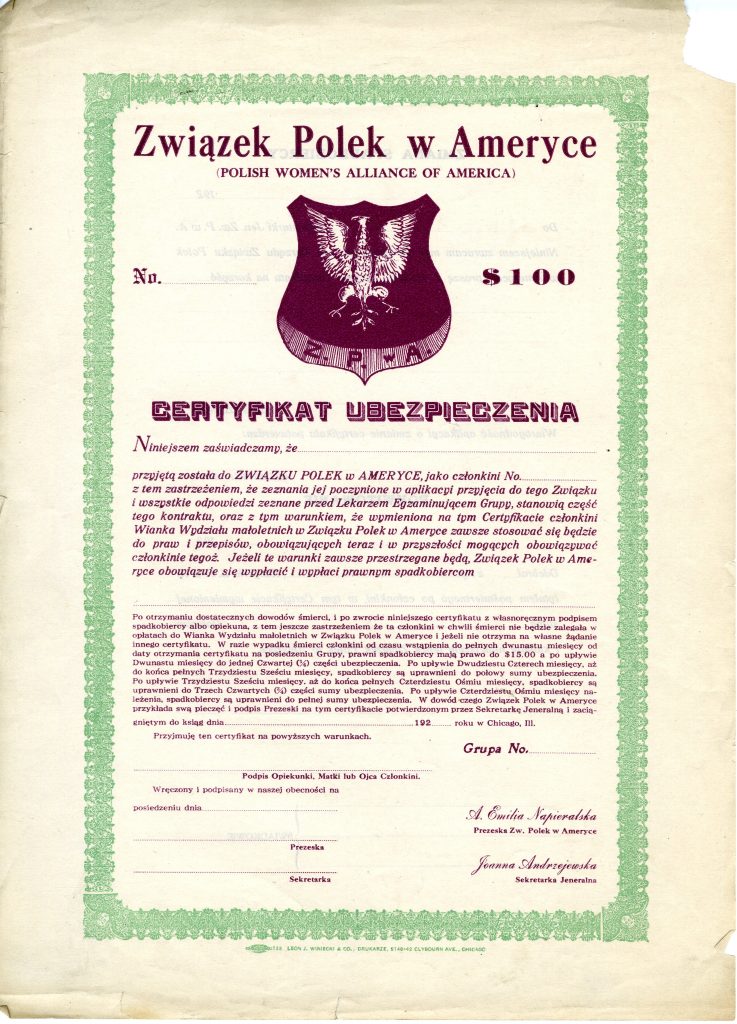 A blank copy of a PWAA insurance certificate from the 1920s

From those bold beginnings, the PWA grew into a national organization and expanded its mission of aid and support to a global level.  In the 1920s, when Marie Curie made several trips to the United States to garner support for her research, the PWAA mobilized and help fund the purchase of radium to give to Curie for her work.  As a fellow Polish woman, the PWAA also made Curie an honorary member of the organization. 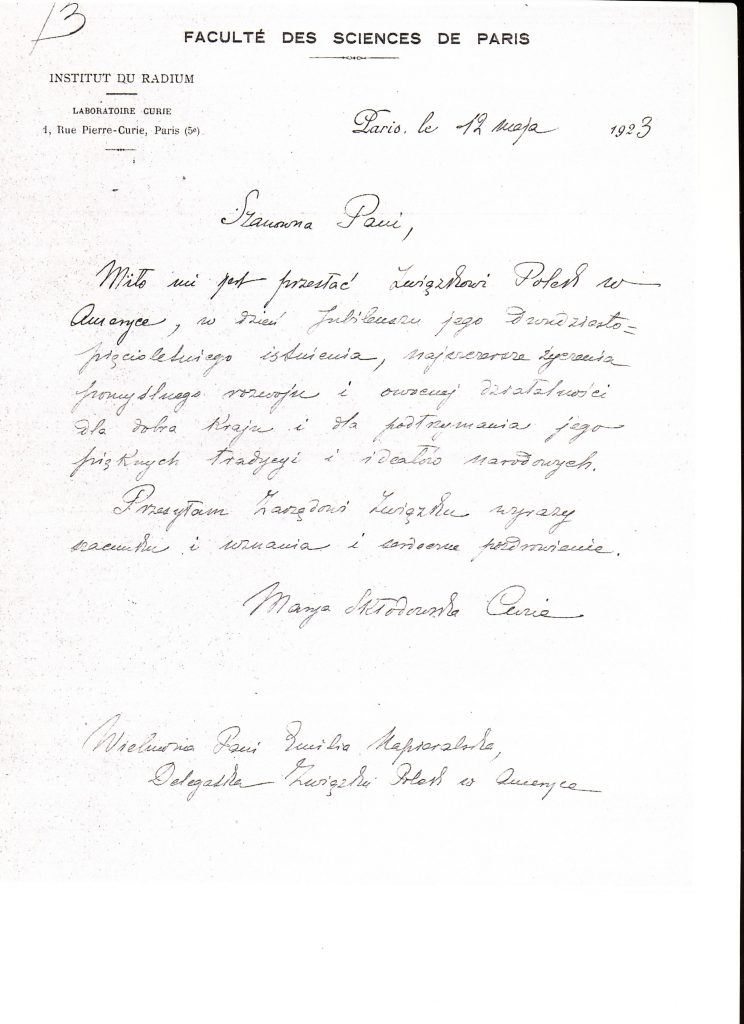 A scan of a letter from Marie Curie to members of the PWAA, dated 1923

Just like saying Curie was a scientist doesn’t do credit to her incredible life and pioneering legacy, neither does saying the PWAA is a humanitarian organization do justice to their long history of helping women and families in the U.S. and abroad.  From sending aid and supporting hospitals in Poland during and after the World Wars, to helping to restore the Statue of Liberty and Ellis Island and establishing scholarships for American students, the PWAA is an organization that takes significant action in empowering individuals and communities.  They reminded me that we can take pride in our roots and our history, while still looking forward and working towards the future. I encourage you to learn more about this special and unique collection at the WLA here. 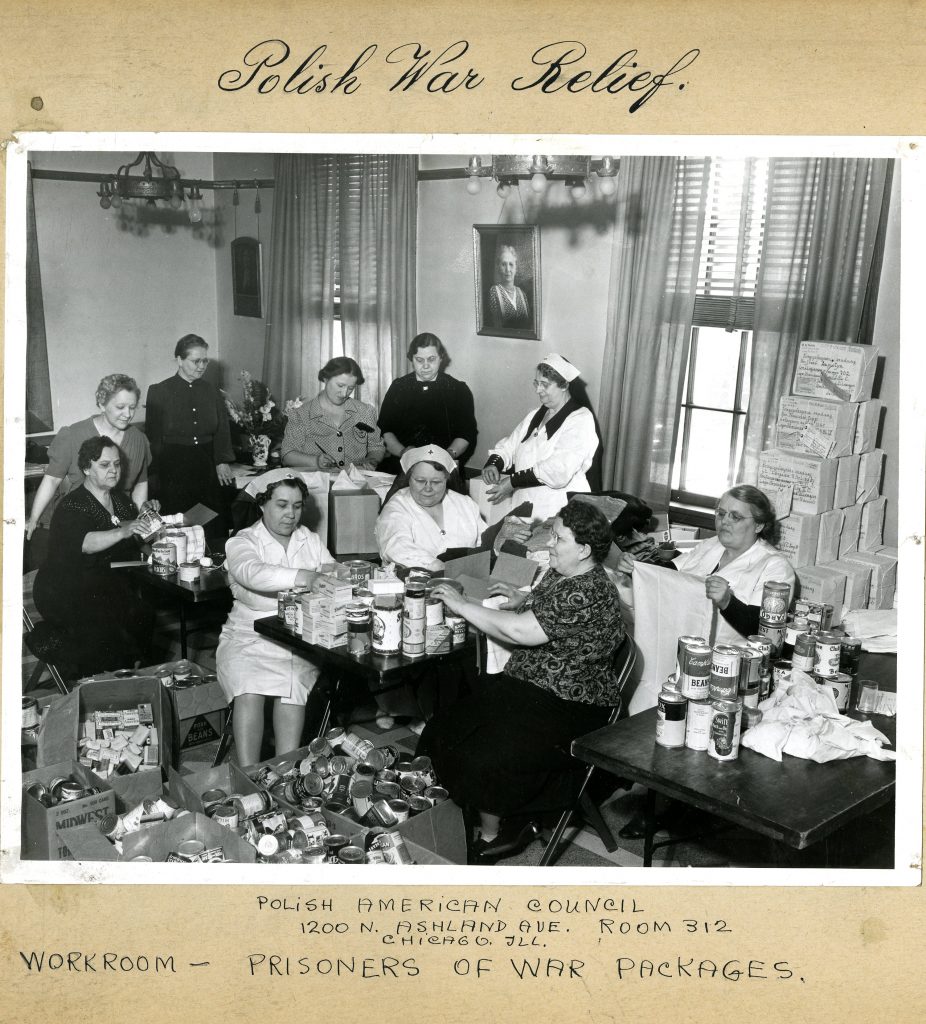 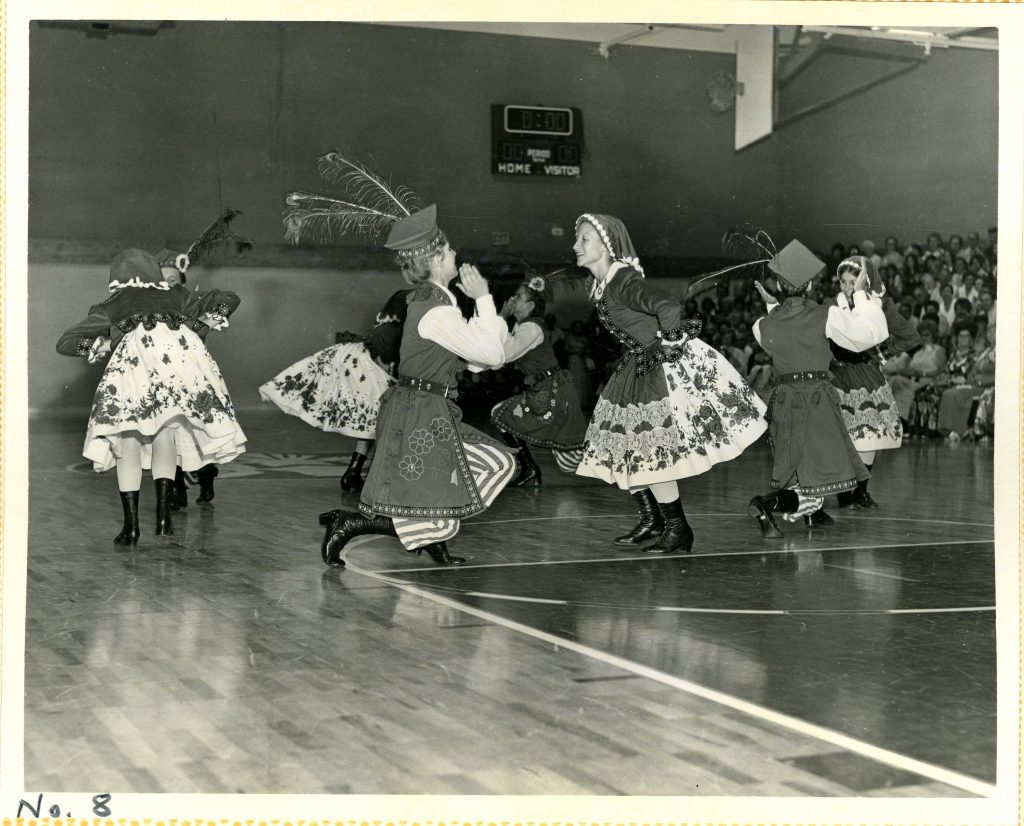 Dancing at the PWAA Youth Convention 1974