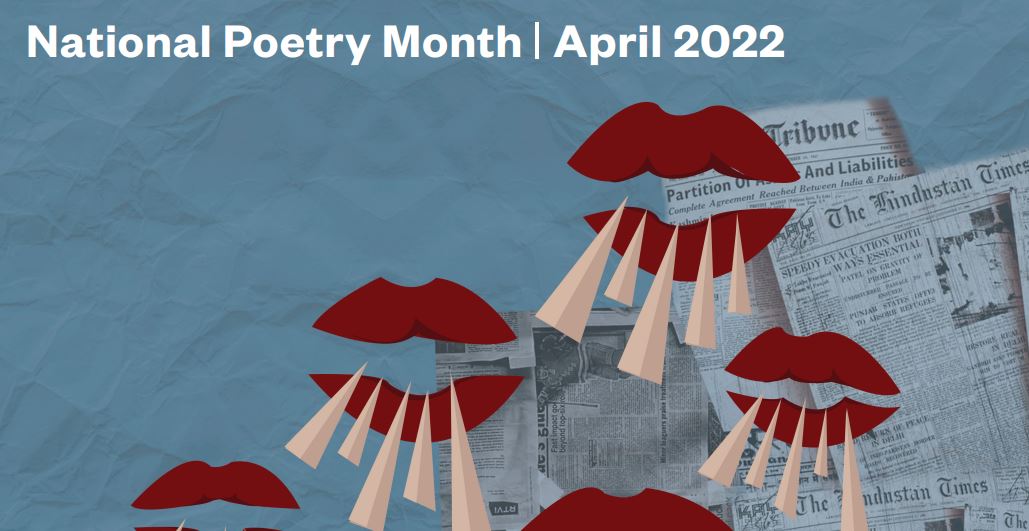 The month of April is Poetry Month, and the Loyola University Libraries traditionally highlight the diverse poetry collections we have available for students, faculty, and staff. The following selections were made by several of our library staff members. Also please visit our Poetry Month LibGuide here.

Esther Belin is a Diné (Navajo) poet, writer, and artist who grew up in Los Angeles after her parents left their homes in the southwest as part of a federal relocation policy. Her poetry and art often reflect on the pressure Native Americans feel to assimilate into mainstream American culture, in addition to larger themes of substance abuse, alienation, and racism. She sees her writing as growing from and making an offering to the collective humanity, bila’ashdla’ii.

Here’s an excerpt from her poem, “Gone” – you can find the entire poem and more of Belin’s works online or in print through our catalog here.

Victoria Chang is an Asian-American poet who currently lives in California, where she teaches at Antioch University. Much of her poetry examines gender, family, and history to interrogate the fundamentally slippery nature of identity and the self.

Here’s an excerpt from a poem in her collection, Circles: “Yang Gui Fei,” told from the perspective of the eponymous concubine of Emperor Li Long-Ji, who was forced to commit suicide. You can find the entire poem, the collection, and more of Belin’s works online or in print through our catalog here.

Once I was more than a woman, more than a gold hairpin,
more than three thousand bathing concubines.
Once the soldiers followed the scents of my long braiding curls,
cording around my neck.
They followed a peeling leader who trailed me the way
a buzzard steals breath from the dying.

Krista Franklin is a visual artist, performer and poet working in Chicago. Her work is often associated with Afrofuturism and Afrosurrealism, and her visual art, much of it in collage format, has been exhibited internationally. Her books include Under the Knife (2018) and Study of Love & Black Body (2012).

From “Out of the Woods”:

on their Instagram feeds. Serotonin
is a helluva drug. In the clearing, I strain

to hear the echoes of men whose bodies
drag the forest floor. Unfortunately, all

the witnesses withered seventy winters ago.
Blood is a potent fertilizer.

Franny Choi is a queer Korean-American poet who currently teaches at Williams College. Many of her poems consider identity, gender, and queerness against the backdrop of racism and patriarchy in contemporary society.

Here’s an excerpt from her poem, “Alternate World in Which Koreans Can Pickle Anything” – you can find the entire poem and more of Choi’s works online or in print through our catalog here.

Pickle the name your mother gave you.
Pickle late nights watching Music Bank on Jihae’s couch.
Pickle the floral print rice cookers guarding the sidelines
of the church basement. Pickle the prayer & the shapes
it makes of your mouth. & pickle the ballad, too,

Joshua Jennifer Espinoza is an American poet from Riverside, California. Her writing deals with topics that include mental illness and coming out as a transgender woman. Here is an excerpt from her poem, “Time-Lapse Video of Trans Woman Collapsing Inward Like a Dying Star”:

Once, I believed god
was a blanket of energy
stretched out around
our most vulnerable
places,
when really,
she’s the sound
of a promise
breaking

Khaled Mattawa is an Arab-American writer, translator, and poet who was born in Benghazi, Libya before immigrating to the United States as a teenager. In addition to translating Arabic-language poetry into English, he writes poetry that focuses on the intersection of culture, politics, and memory. Mattawa currently teaches at the University of Michigan, Ann Arbor.

Here is an excerpt from his poem, “Malouk’s Qassida” – you can find the entire poem and more of Mattawa’s works online or in print through our catalog here.

Are we prepared for the storm’s paradise?
The starlings recite the zodiacs on their wings;
the marabouts must in kindness abide.

On the wireless the noises of rescue—
the double dealing of virtue and abuse—
into a theater of salvation we ride.

Jessica Greenbaum’s writing is deeply rooted in her Jewish faith and culture. Blending the sacred and the mundane, her poems illuminate everyday experience with sudden flashes of revelation.

… in one treasured story, a
Jewish ancestor, horseback in the woods at Yom
Kippur, and stranded without a prayer book,
Looked into the darkness and realized he had
Merely to name the alphabet to ask forgiveness—
No congregation of figures needed, he could speak
One letter at a time because all of creation
Proceeded from those.

Read more of her work here.

Mónica de la Torre was born and raised in Mexico City and relocated to New York in 1993 to attend Columbia University. In addition to compiling several collections of her own work, she has translated the work of many Spanish language poets. She also co-edited the bilingual anthology, Reversible Monuments: Contemporary Mexican Poetry (2002).

From “Poem in Spanish”:

Why don’t I respond when I’m being offended?
Because my religion doesn’t allow me to.
Exterior maps: geography. Interior maps: psychography.
And in your hard cathedral I kneel.

Find more of her work in our catalog here.

Philip Metres is an Arab-American poet of Lebanese descent who grew up in the suburbs of Chicago. He currently teaches English and directs the Peace, Justice, and Human Rights program at John Carroll University. His scholarly work and poems reflect on the power of nonviolence resistance, peacebuilding, and poetry in the midst of war.

Here is an excerpt from his poem, “why are there starts? my daughter asked” – you can find the entire poem and more of Metres’s works online or in print through our catalog here.

Naomi Shihab Nye is an Arab-American poet of Palestinian descent – and is this month’s editor of poets.org ’s own poem-of-the-day event for National Poetry Month! In addition to writing poetry for adult readers, she has also published several books of poetry and fiction for children, many of which are included in the Curriculum Collection at Lewis Library (Water Tower Campus). Her work often focuses on heritage, childhood, travel, peace, and humanitarian cooperation.

Here is an excerpt from her poem, “Blue Bucket” – you can find the entire poem and more of her works online or in print through our catalog here.

What if, instead of war,
we shared our buckets
of wind and worry?
Tell me the story
you carry there,
steeping in old pain
and future hope,
rich with fragrant
savory spices,
ginger, turmeric,
tarragon, find me
a spoon in one
of your pockets,
even if we don’t
speak the same language…

Rio Cortez is the author of the author of Golden Ax (2022) and The ABCs of Black History (Workman, 2020). Originally from Salt Lake City, she now lives in Harlem. In addition to her writing, Cortez also works in the sales and marketing division of a major publishing company, where she works to “amplify the voices and opportunities for BIPOC writers.” In the poem “Black Lead in a Nancy Meyers Film”, she places herself, as a Black woman, in an imagined production by filmmaker Nancy Meyers.

From “Black Lead in a Nancy Meyers Film”:

Morgan Parker is an African-American poet who currently lives in Los Angeles, where she co-curates the Poets With Attitude reading series and co-runs The Other Black Gril Collective, an internationally touring black, feminist poetry duo. Often experimenting with form, her work reflects on race, gender, identity, and relationships.

Here is an excerpt from her poem, “My Sister Says White Supremacy Is Turning Her Crazy” – you can find the entire poem and more of her works (like her collection Magical Negro) online or in print through our catalog here.

it makes you bad, bad
is your name
is the desert
is movement long kiss
heavy gut slow
slow hands in your seed

Metta Sáma is an African-American poet, artist, and arts administrator. She is the founder of Artists Against Police Brutality/Cultures of Violence as well as an Emeritus Fellow of the Black Earth Institute. Her poems address a wide range of themes, including gender, race, community, religion, ecological justice, and police violence.

Here is an excerpt from her poem, “It was the year we turned to dragons” – you can find the entire poem and more of her works online or in print through our catalog here.

Vijay Seshadri is an India-born American poet, essayist, and critic who currently teaches at Sarah Lawrence College. He and his family immigrated to Columbus, Ohio from Bangalore, India when he was five, and some of his work addresses his subsequent feelings of alienation and recognition of cultural differences. Other themes Seshadri’s work examines include loss, grief, and consciousness.

Here is an excerpt from his poem, “Birding” – you can find the entire poem and more of his works online or in print through our catalog here.

The sun itself a larger bird,
its wings manufacturing
the solar wind

that devours, that is what can devour a person—
floating in the vacuum
of perpetual space,
which is what there is and also is

Richard Siken is an American poet, painter, and filmmaker who not only writes but also works full-time as a social worker in Tucson, Arizona. His psychologically driven work reflects on a wide variety of themes, such as first loves, broken hearts, sexuality, grief, and death.

Here is an excerpt from his poem, “You Are Jeff” – you can find the entire poem and more of his works online or in print through our catalog here.

There are two twins on motorbikes but one is farther up the road,
beyond the hairpin turn, or just before it, depending on which Jeff
you are. It could have been so beautiful—You scout out the road
ahead and I will watch your back, how it was and how it will be,
Memory and Fantasy—but each Jeff wants to be the other one.
My name is Jeff and I’m tired of looking at the back of your head.

Kaveh Akbar (کاوه اکبر) is an Iranian American poet, born in Tehran, Iran. Moving to the U.S. when he was two years old, Akbar learned English in addition to Farsi, as well as Arabic, which his family used for religious purposes, but which Akbar did not understand. This movement between languages and cultures, understanding and not understanding, informs much of Akbar’s writing.

From “Reading Farrokhzad in a Pandemic”:

The title is a lie;
I can’t read Farsi.

I can make out:

I type it into a translation app:
“we have lost everything we need to lose.”

Atsuro Riley is a Japanese American poet, raised in the low country of South Carolina and currently residing in San Francisco. Riley’s work references the violent racism of the communities where he grew up.

This other wing (the one I’m back-sneaking, side-slipping, turnstiling into) dips and slopes down to low-lying marsh-mire: whiffs of pluff-mud stink and live gnat-pack poison, carnie-cots and -trailers camped on ooze. They’ve got (rickety) rides, and tent-shows with stains, and rackety bare-bulbed stalls of Hoop-La Game (RING-A-COKE!) and Rebel Yell and Shoot the Gook
Down. Stand here, on this smutch-spot: don’t these mirrors show you strange?

Find more of their work in our catalog here. 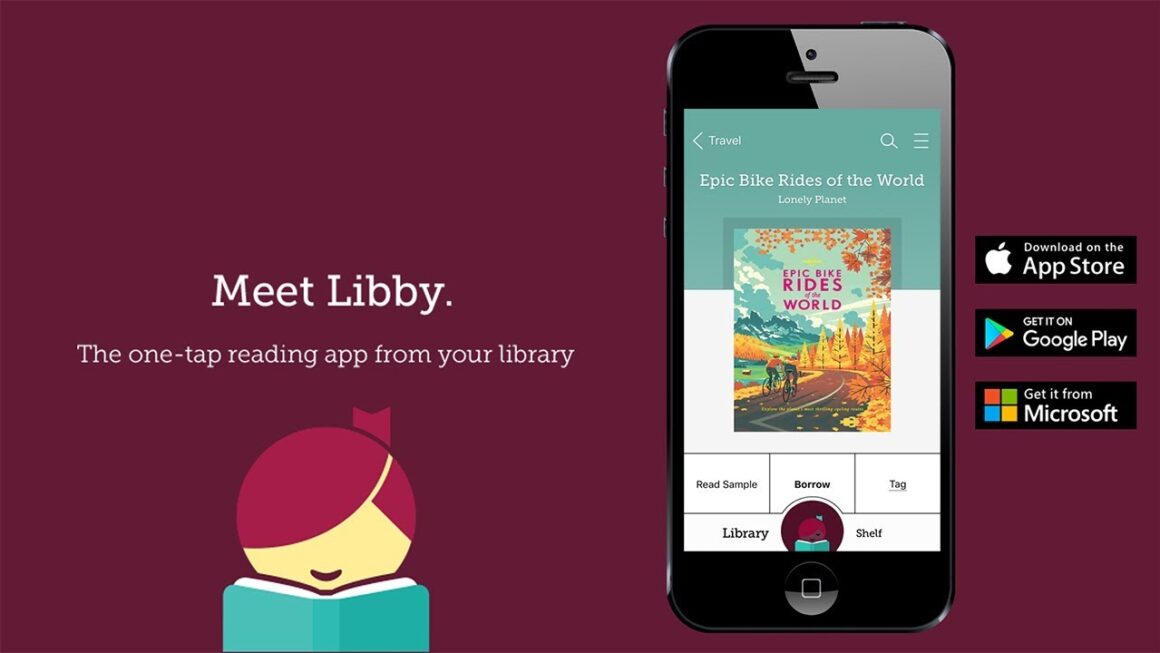 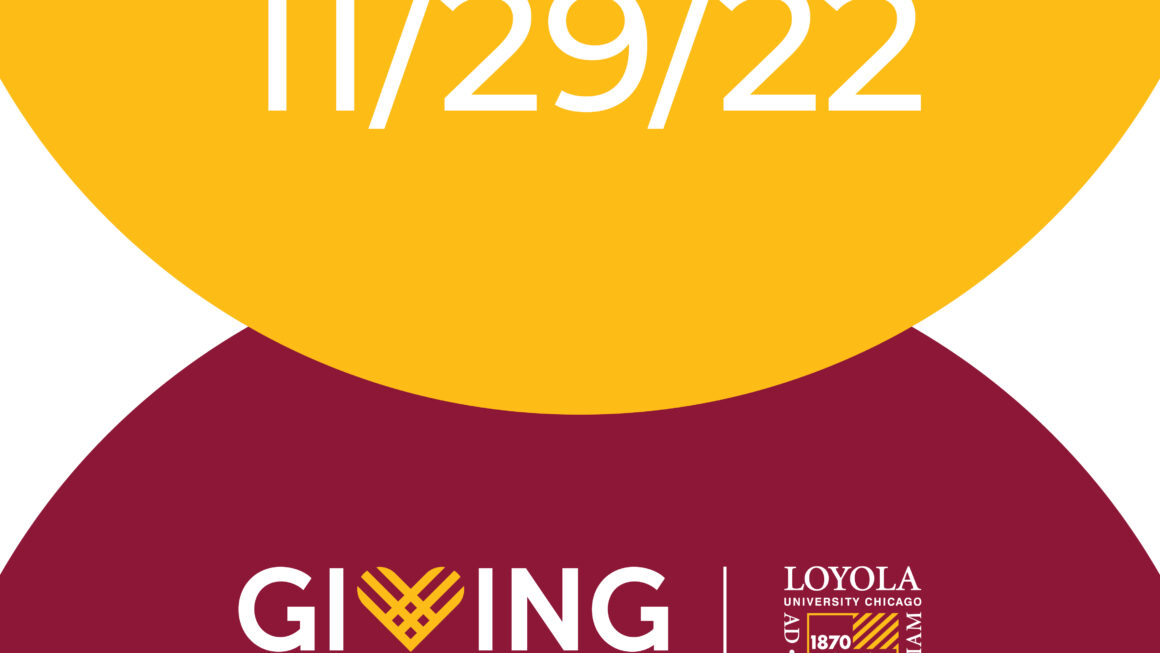