Chicagoland is currently experiencing frigid temperatures made worse by a biting wind. The reason this is noteworthy is because the fall of 2015 turned out to be unseasonably warm, resulting in many of us mentally unprepared for usual winter cold weather.

With forecasts for the next several days in the low teens and several inches of snow Monday night, I went in search of Mundelein College winter photos.* What I found falls under the category of “be happy it’s not worse!” In 1979, Chicago experienced a blizzard of record breaking proportions that also affected the mayoral race.

On Saturday, January 13 and Sunday, January 14th, Northern Illinois and Northwest Indiana received 21 inches of show, at the time, the second largest Chicago snowstorm in history. Five people died and 15 received serious injuries from the snowfall. Flights to and from O’Hare airport were grounded for 96 hours from January 13 to 15.

After the blizzard, cold weather and additional snowfall continued affecting Chicagoland public transportation and trash collection for months. Mayor Michael Bilandic was blamed for the city’s inadequate response to the weather. Bilandic’s main opponent in the February 27th mayoral primary, Jane Byrne, capitalized on these problems and defeated him, going on to become the first female mayor of Chicago.

Here’s what Mundelein College looked like after the 1979 snow. 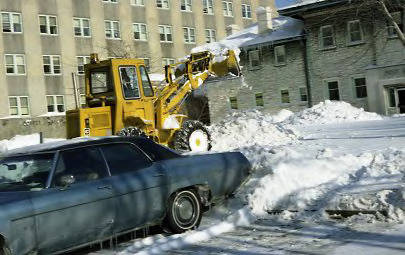 1979 Blizzard Blitz: A car and bulldozer are pictured next to Piper Hall after the blizzard. 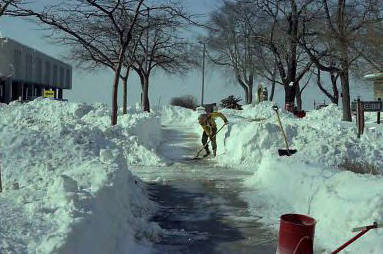 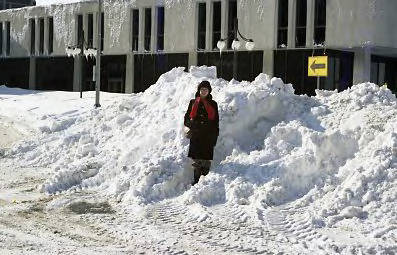 1979 Blizzard Blitz: Mundelein campus after snow plows cleared some of the snow. 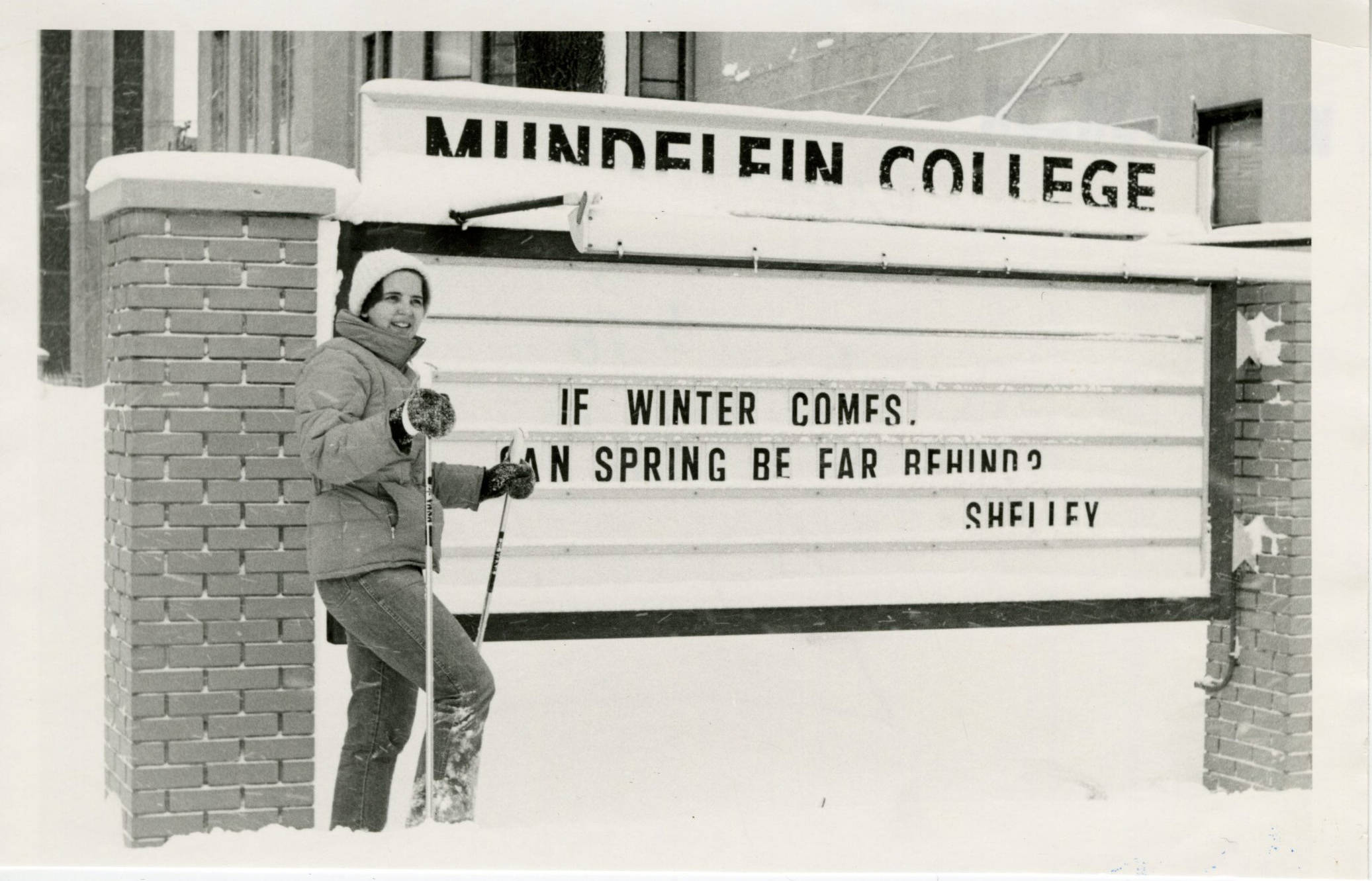 1979 Blizzard Blitz: A member of the Mundelein community enjoys the snow on cross-country skis.

* Mundelein College, founded and operated by the Sisters of Charity of the Blessed Virgin Mary (BVM), provided education to women from 1930 until 1991, when it affiliated with Loyola University Chicago. The Women and Leadership Archives (WLA) at Loyola holds the records of Mundelein College.