Dr. Irene Meyer was a Mundelein College* professor from 1957 to 1992. In that time, Dr. Meyer earned her PhD, became a fervent civil rights activist, and fought for the abolition of capital punishment in Illinois. I first came across Dr. Irene Meyer earlier this year for a reference request. In her file, there were several articles, which marked her involvement with a man on death row. Reading these sparked my curiosity, and I had to see what else we had in our collections on Dr. Meyer. What I learned was that Dr. Meyer has led an amazing life, built an incredible career, and her story is one that needs to be told.

Dr. Meyer was a first generation college student, and chose to go to Mundelein because of the school’s Catholic tradition. Originally majoring in music, Dr. Meyer discovered a passion for psychological study, which fostered her career.

After finishing her undergraduate degree, Dr. Meyer briefly served as an elementary school teacher, and later joined the Sisters of Charity of the Blessed Virgin Mary, the religious order which founded and ran Mundelein College. Shortly thereafter, she received her Master’s Degree in Psychology in 1957, and PhD in Clinical Psychology in 1966 from St. Louis University. Just eight years later, Dr. Meyer was promoted from Associate Professor to Professor as well as the department chair at Mundelein College. 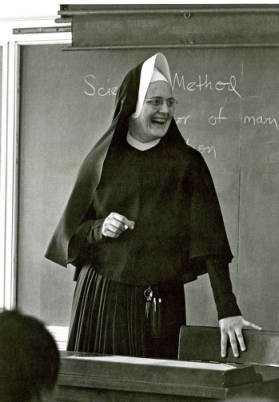 Throughout her career, Dr. Meyer became a civil rights activist and staunch death penalty abolitionist, a position she took after meeting a man sentenced to death, Bill Witherspoon (c.1927-1990). Witherspoon had been convicted of murdering Chicago police officer Mitchell Stone in 1959. She first met Witherspoon when accompanying one of her students who was interviewing him to measure psychological impact of the death penalty.

After months of correspondence with Witherspoon, Dr. Meyer began to observe the psychological toll the death penalty had on not only the inmates on death row, but also the guards and wardens who had to carry out the sentence.

Dr. Meyer believed that behavior after incarceration was the only true measure of rehabilitation. She felt that Witherspoon had been rehabilitated and consistently showed support for a stay of execution. Dr. Meyer used her voice on campus to educate students about Witherspoon’s situation, and provided them with resources to urge the governor to grant a stay of execution. This initiative received mass support with 1,700 petition signatures and 45 letters to the governor. 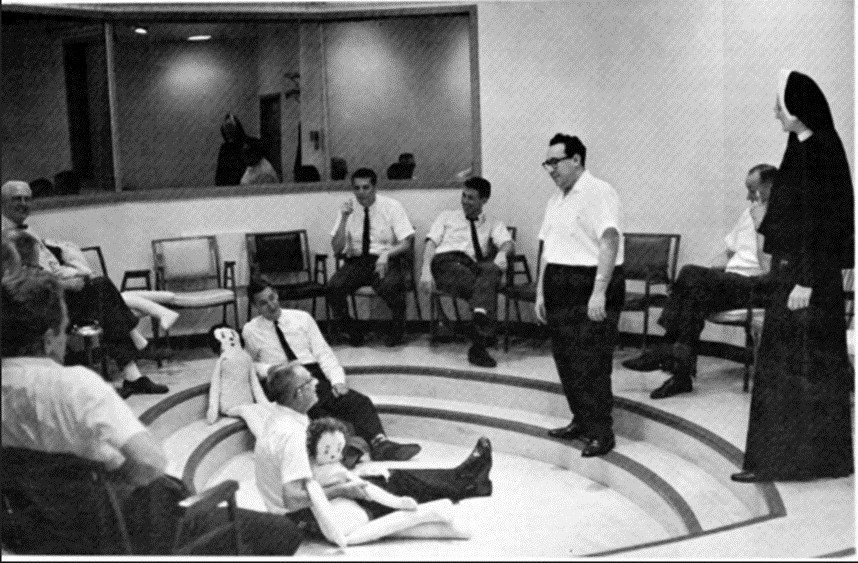 Off-campus, Dr. Meyer utilized the media in her campaign against the death penalty. She delivered a paper in which she urges that Witherspoon’s sentence be commuted to the ABC-TV news station where she was later invited to speak on the Jim Conway Show. Dr. Meyer made several appearances on the show, and spoke about the abolition of capital punishment on radio.

Eventually, Witherspoon’s case would go all the way to the United States Supreme Court. The Court ruled in favor of Mr. Witherspoon, commuting his death sentence to 50-100 years. And after 20 years he was released on parole.

The work Dr. Meyer did for the Witherspoon case is only one part of her story. Meyer wanted to start a special education program at Mundelein, and she believed that students needed to have outside the classroom experience to have a well-rounded education. Through my digging, I found an interview with Dr. Meyer in our digital collections. She talks about her life, speaking about the work she did at Mundelein as well as outside of the college’s purview. More information on her can be found in our collections here, and you can listen to her tell her own story here. 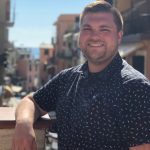 Casey Terry is a graduate assistant for the Women and Leadership Archives. He has his bachelor’s degree in History and Digital Media from Valparaiso University Valparaiso, Indiana and he is currently pursuing his master’s in Public History from Loyola University Chicago.