Whenever I look for ideas for blog posts, I try to find a connection between the collections and current events, and with the winter Olympics happening in Pyeongchang this past week, this post was no exception. I was excited to find the collection of a woman who visited South Korea, not as an athlete, but as an artist.

Susan Sensemann is a professor emerita in the School of Art and Design at the University of Illinois at Chicago. She received her BFA in printmaking from Syracuse University in 1971 and her MFA in painting at the Tyler School of Art at Temple University. Sensemann’s art focuses on a variety of subjects and uses diverse mediums, including photography, sculpture, drawing, and painting.

Sensemann joined Artemisia, a women artists’ cooperative in Chicago, in 1993. As one of the leaders of the mentorship program and a as a professor, she worked with international artists and traveled the world displaying her art pieces and giving lectures on feminist art in America – our collection includes records from her travels to Belgium, China, Finland, Germany, Iceland, Ireland, and South Korea in the 1990s. 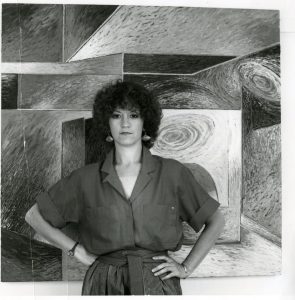 In April 1995, she and four other Artemisia artists traveled to Seoul, South Korea (a 3-hour bus ride from the current Olympic village in Pyeongchang). They exhibited artwork at Gallery Woong and gave lectures on feminist art. They visited three Korean artist’s studios as part of an arts exchange with Korean artists previously hosted at University of Illinois at Chicago. The women were inspired by the bright fabrics and diversity of religions they encountered; Sensemann wrote that, “This is the country to which I would welcome a return.” 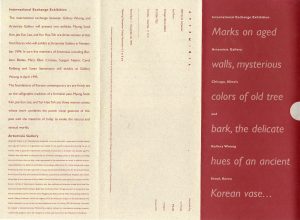 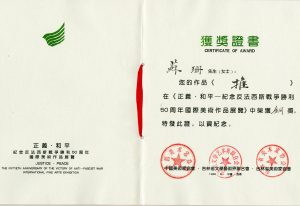 A page from the 1995 Forum schedule

To better secure her visa for the trip, Sensemann also visited Northeast Normal University in the Jilin Province in China as a visiting lecturer and submitted art to the Fiftieth Anniversary of the Victory of Anti-Fascist War International Fine Arts Exhibition. She received a bronze medal and as part of the awards ceremony, she attended a televised public painting party and a traditional performance banquet; Sensemann comments in her summer report from 1995 that she was surprised at the lack of equality during the performance, where women were the dancers and servers and not distinguished guests. As her own type of protest, emboldened by the Forum just months earlier, Sensemann sang “She’s Got the Whole World in Her Hands.”

Susan Sensemann did not just visit the country of the current Olympic Games; by continually promoting education, activism, equality, and art to students and women around the world, she exemplifies the unification and celebration that the Olympics represent. 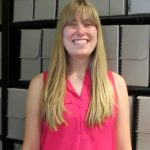 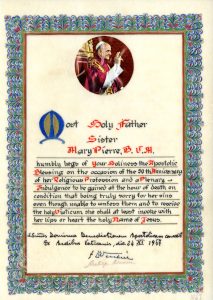 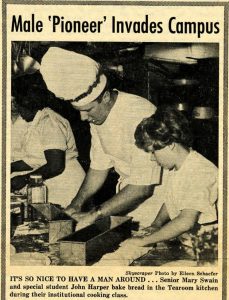