With the weekly primaries and Super Tuesday right around the corner, I have the 2016 Presidential Campaign on the brain. As advertisements play on TV and friends on Facebook voice their opinions, I am reminded of Patricia Caron Crowley and her family’s work campaigning for Eugene McCarthy during his bid for President in 1968 and 1972. Her collection illustrates the strong involvement of a woman in campaigning for a Presidential candidate. Crowley hosted parties and luncheons with her husband and kept a significant amount of newspaper articles and memorabilia from the campaign trail. Patricia and her husband Pat were ideal candidates to run McCarthy’s Illinois campaign because of their previous experience organizing and raising funds for various organizations. The Crowley’s also had connections with Chicago politicians. While McCarthy never made it to the White House, Patricia’s collection at the Women and Leadership Archives highlights the hard work and effort that goes into campaigning and politics.

Campaigns can be very visual from the TV advertisements, newspaper articles, and yard signs to how a candidate holds himself/herself or what he/she is wearing during a debate. Below are some of the images and visual materials used in the McCarthy Campaign. As you view the images, think about how political advertising has changed and how it has stayed the same. The Crowley’s were a well-connected and well known family in Chicago. How is their support similar or dissimilar from celebrity endorsements today? There are many things that have not changed in the 44 years since the 1972 election but those things that have changed are important for understanding current political thought and the priorities of the American public. 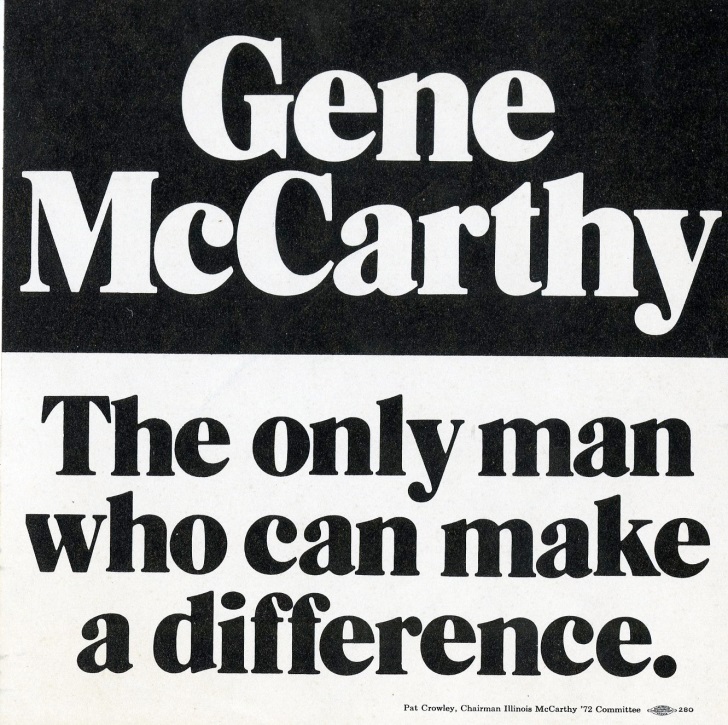 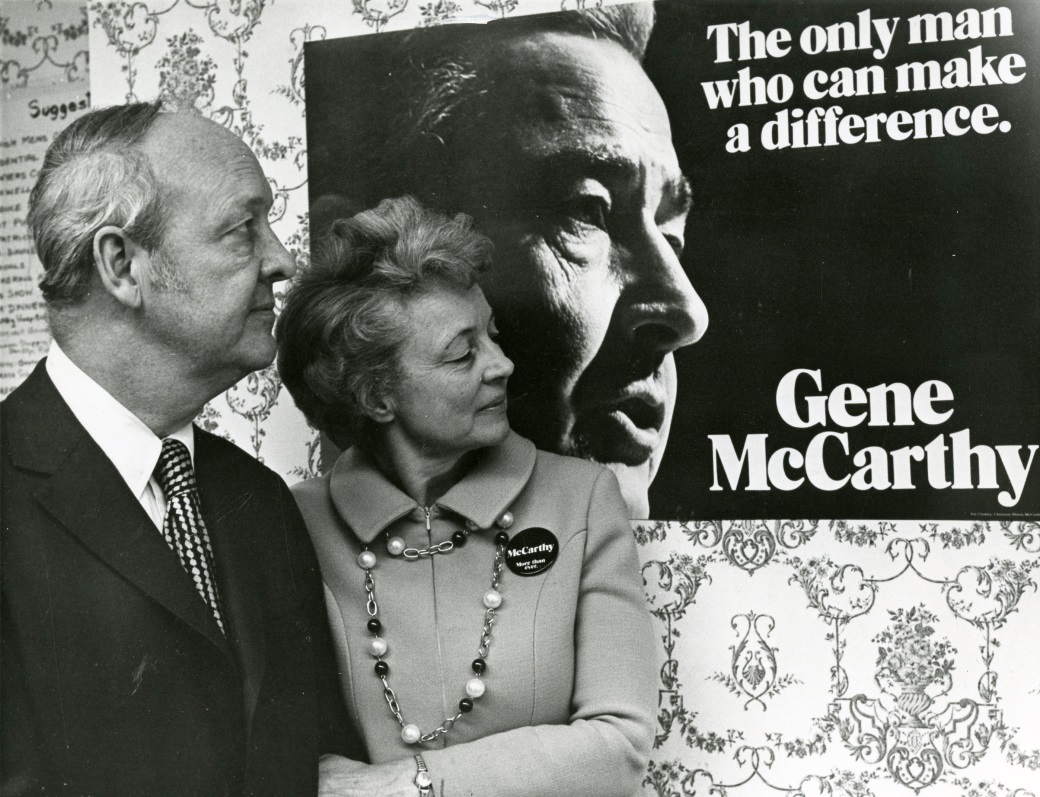 Pat and Patricia Crowley examining a poster for McCarthy 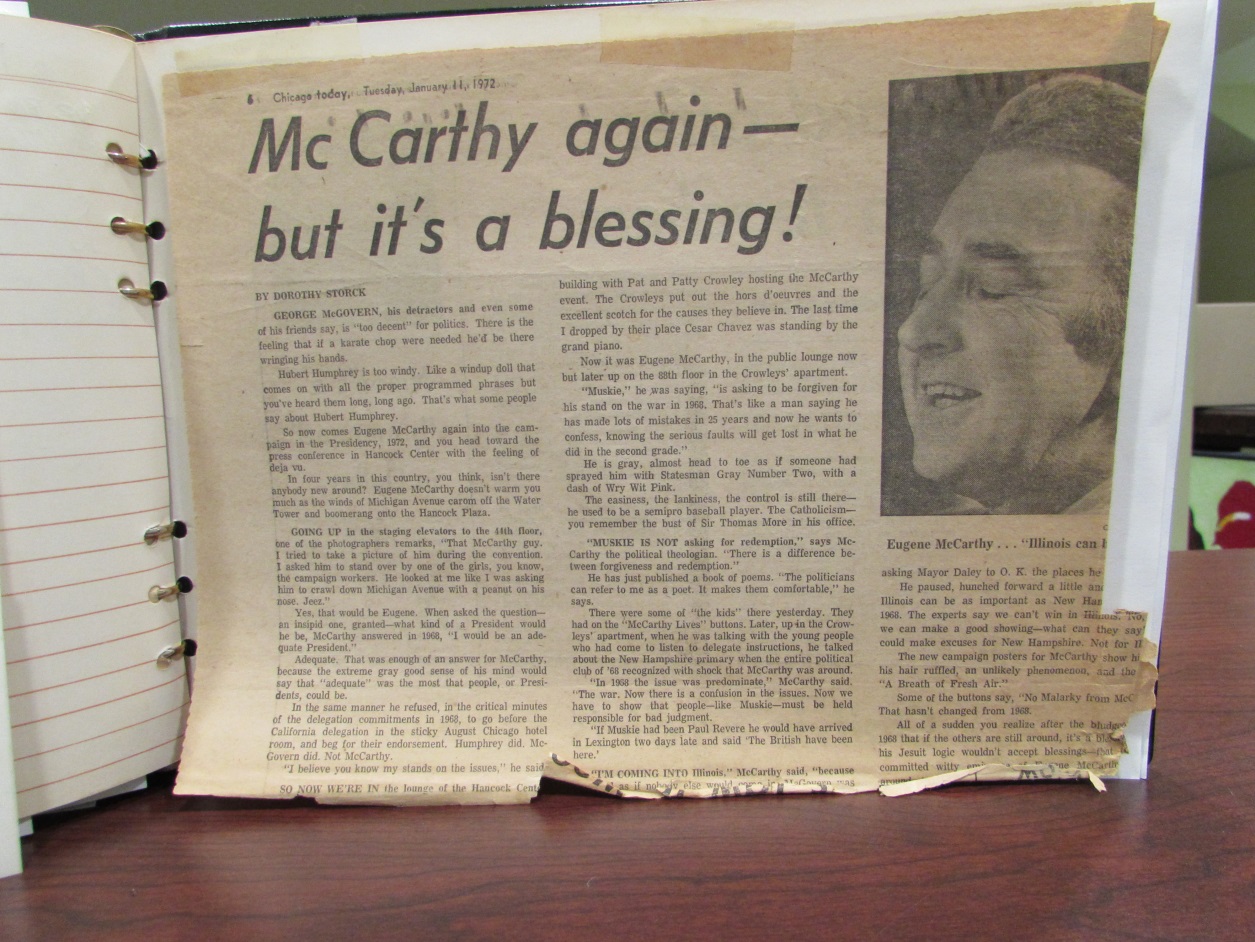 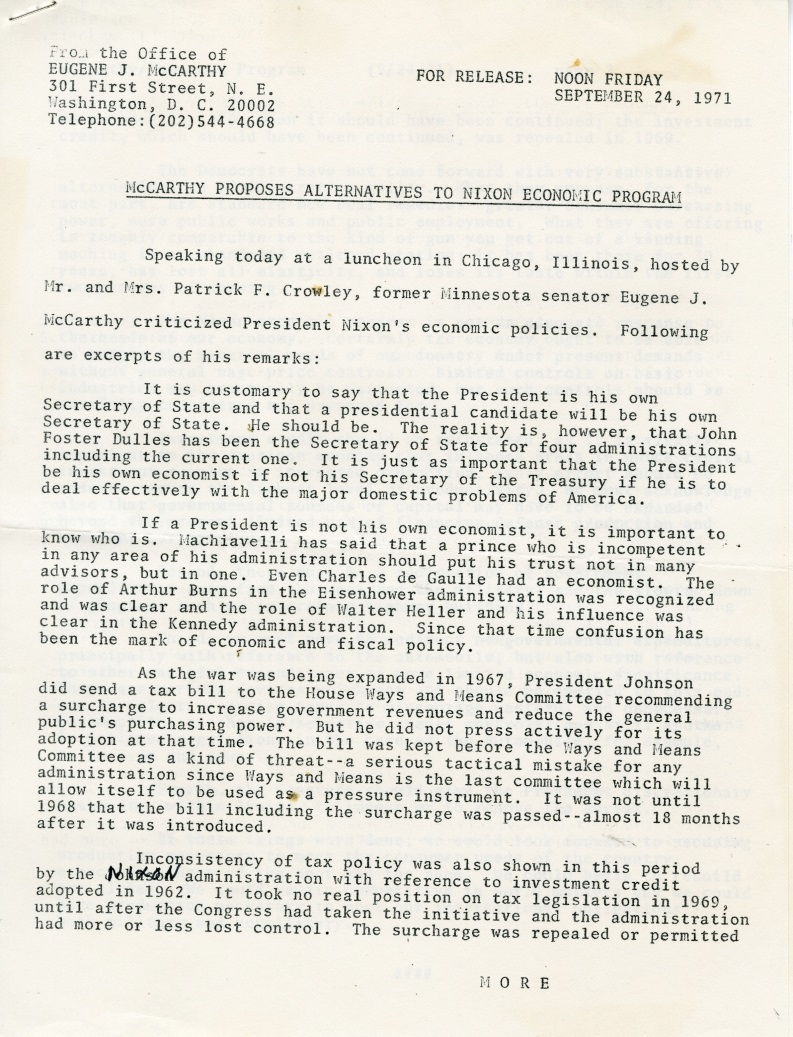 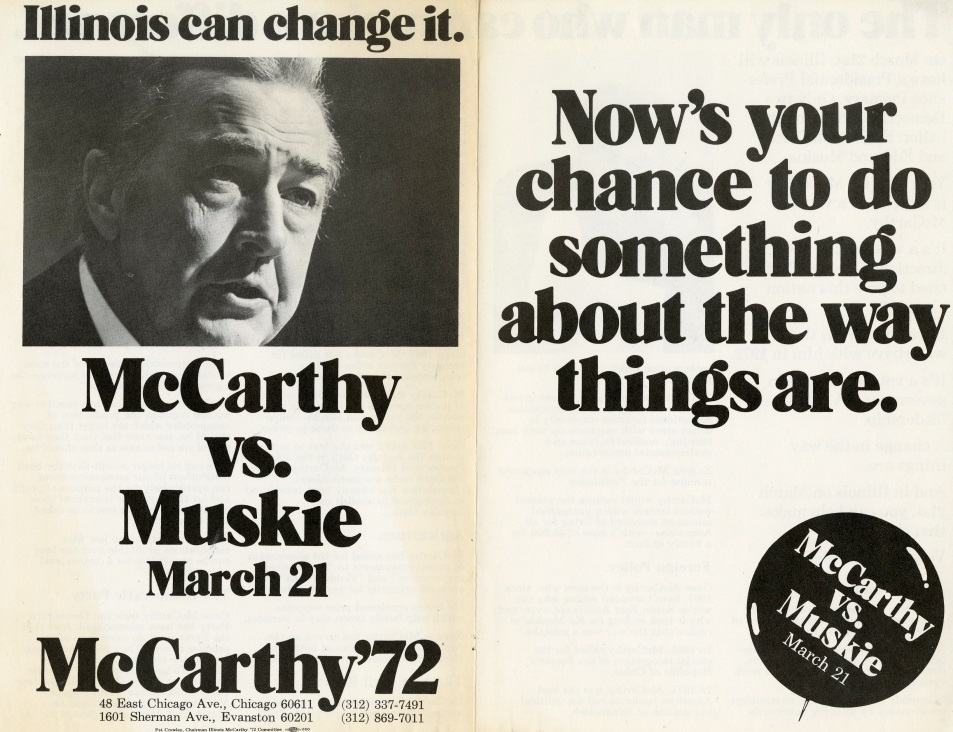 Pamphlet for the 1972 primary in Illinois 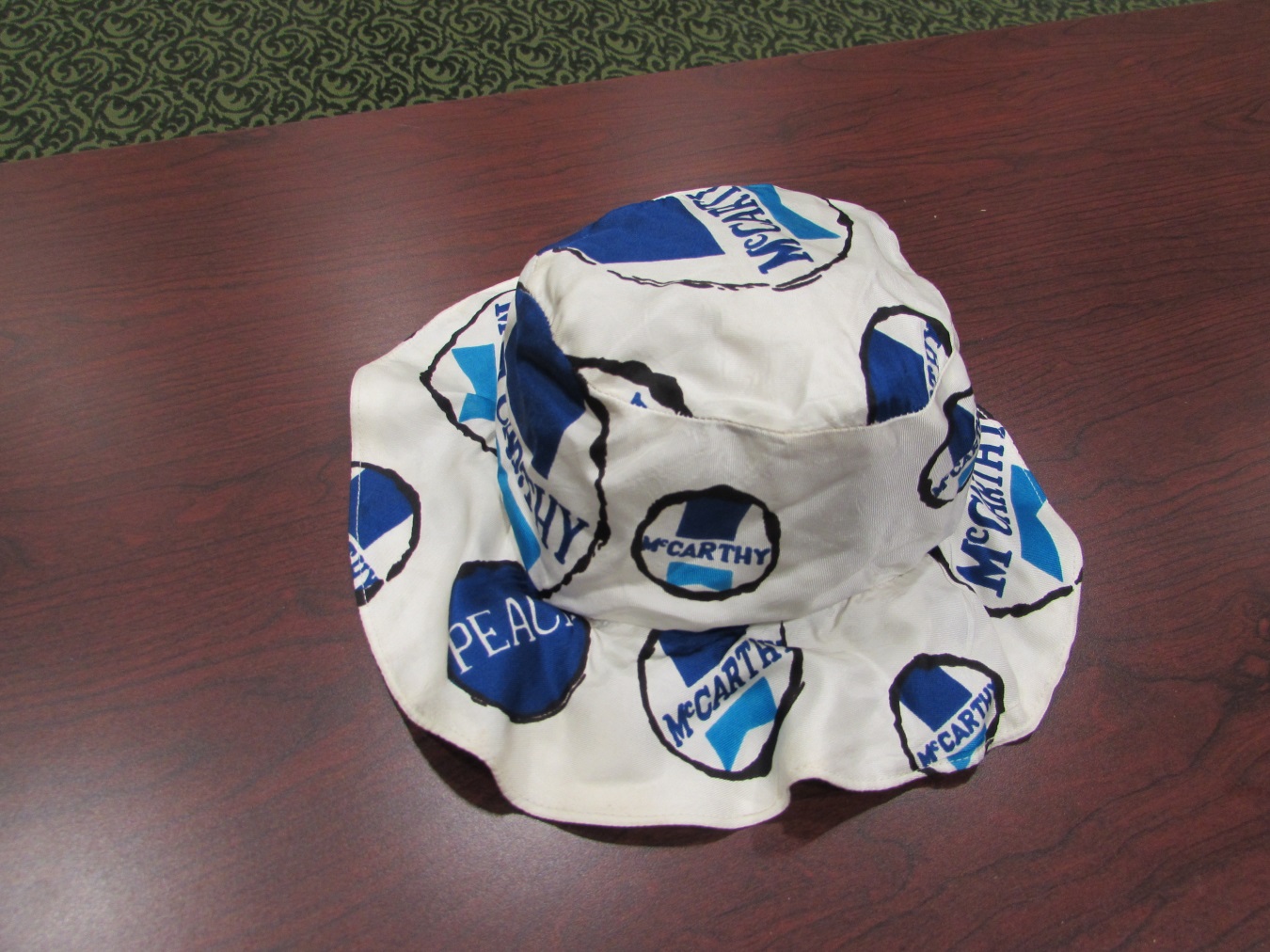 A personal favorite from the Patricia Caron Crowley collection at the WLA is this white and blue campaign hat for McCarthy. The hat includes the word “PEACE” as McCarthy was referred to as the peace candidate in reference to his thoughts on the Vietnam War.