On November 13, 2015, Paris experienced a shocking series of attacks that resulted in the deaths of one hundred and thirty innocent people. The entire world joined Paris and the whole of France in their grief, expressing their anger, sadness, and aspirations for peaceful reconciliation through outpourings on social media, news coverage, and more tangibly, by leaving letters, drawings, and other tokens of mourning at the sites of the tragedies. Three months after the events, Paris archivists continue the lengthy process of preserving these mementos in the city’s archives.

This semester, the WLA Graduate Assistants are taking the Archives and Records Management class offered by Loyola’s History Department as part of our degree program. As an assignment for the class, we were asked to pick an archives-related story in recent news and examine the questions about archival practice it inspires. The ongoing preservation of the relics left behind at the memorials of the November 13th attacks, and the issues raised concerning the archivist’s responsibility to objectively preserve documents for future generations while balancing the obligation felt by society to honor the memories of victims of traumatic events, fascinated me to no end. 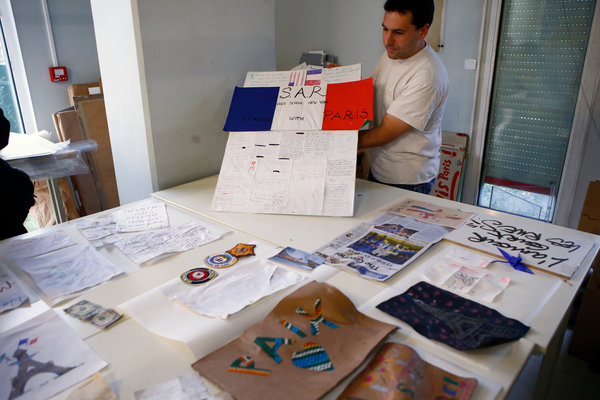 In light of the terrorist attacks that took place in Paris last November, archivists working with city cleaning staff and volunteers for the city of Paris archives are preserving the surplus of notes, drawings, cards, and flowers left at the Bataclan concert hall, La Belle Équipe, and the remaining targets. A Huffington Post article reported that the process of preservation began a week after the attacks occurred but picked up in significant force by December. Teams of city employees and volunteers collected hundreds of thousands of items while photographing the changing appearance of the memorials. 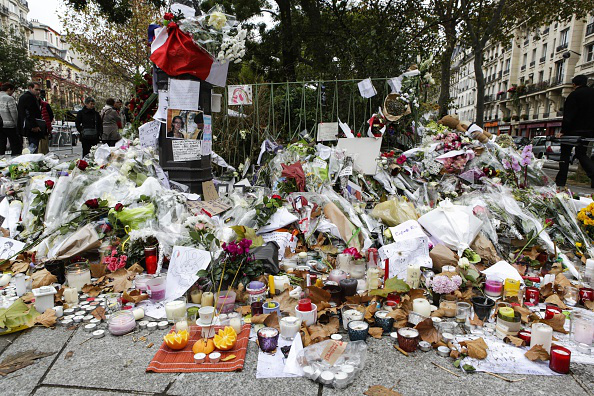 PARIS, FRANCE – NOVEMBER 17: Flowers and candles are seen at the memorial for the victims of Paris terror attacks in front of Bataclan, Boulevard Voltaire in Paris, France on November 17, 2015. Photo by Geoffroy Van der Hasselt/Anadolu Agency/Getty Images (image url: http://fox61.com/2015/12/15/paris-to-save-notes-and-drawings-left-after-the-attacks/)

In order to preserve these precious materials for the future, they must be removed from the open elements in front of the memorials themselves and transferred to the archives where they undergo professional care, or risk natural decay that could irreparably damage the items. In these circumstances, the archivists’ role as a preservationist not only necessitates the safekeeping of the products of these memorials, but also indirectly affects the maintenance of the physical memorials themselves. Their safe removal creates more space so that more visitors may express their condolences and mourn. Yet, the removal of those artifacts may appear insensitive to the memory of the victims of the attacks.

Striking the balance between being emotionally supportive of the grieving process and being objective for the sake of future researchers is a tricky thing for the archivist to navigate. The concept of preserving the memorabilia related to tragic events is not a new one. In the United States, archivists collected materials from sites such as the ones at the Paris memorials in the wake of the 9/11 attacks in New York City. Both sets of archivists have to navigate a nebulous line between what is considered commemorative and what is considered burdensome to the natural course of everyday life.

There are no definitive solutions to the problems raised by the conservation of memorabilia related to tragic events like the Paris attacks last November; however, there is no question that the items should be preserved by archivists. Although a difficult process, it is ultimately a worthy one. I am confident the Paris city archivists will accomplish their goal of preserving the sensitive material while honoring the memories of those lost in the tragedies. 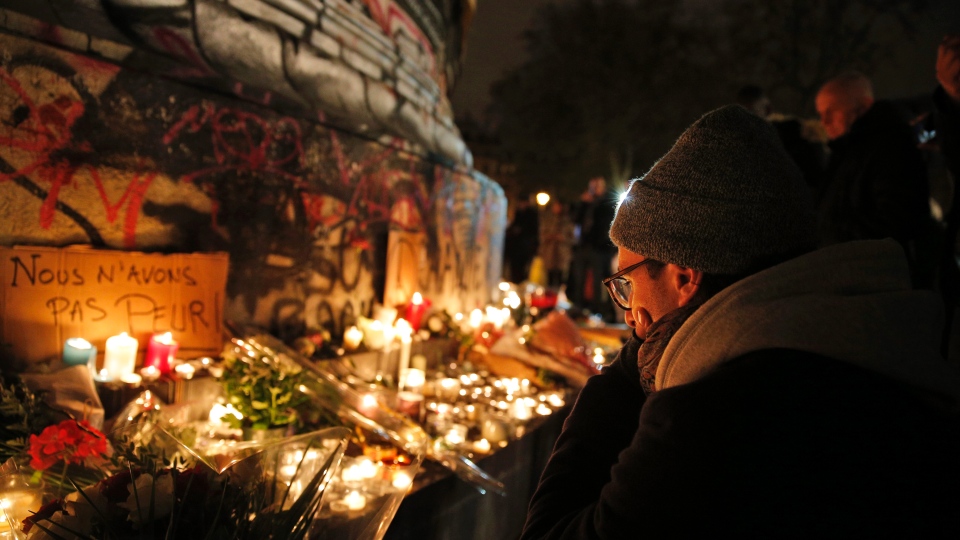